A Tribute to Florence Nightingale 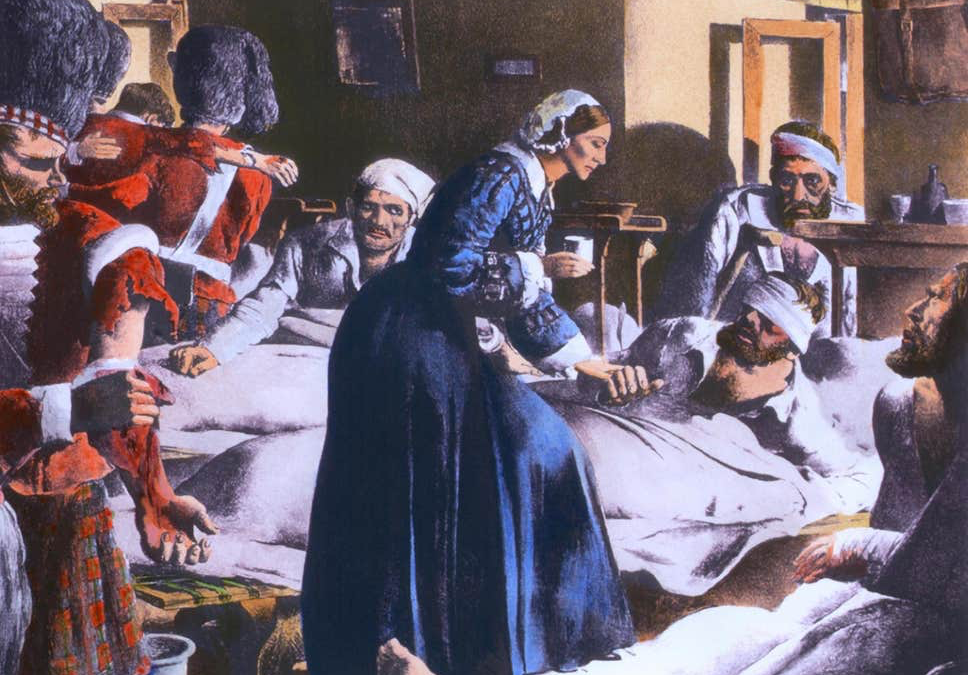 And her outlook on modern day nursing poignantly lives on today. Born of a wealthy family in 1820 in Florence, Italy, Florence Nightingale carved out a professional role for female nurses, even though her family tried to dissuade her from such a lowly role and would have preferred her to marry a rich man more suitable to her background.

Her career started in Kaiserswerth, Germany in 1844, where she enrolled as a nurse at the Lutheran Hospital studying furiously and this gave her the foundations of her lifetime achievements, always determined to succeed. In her own words “How very little can be done under the spirit of fear.” 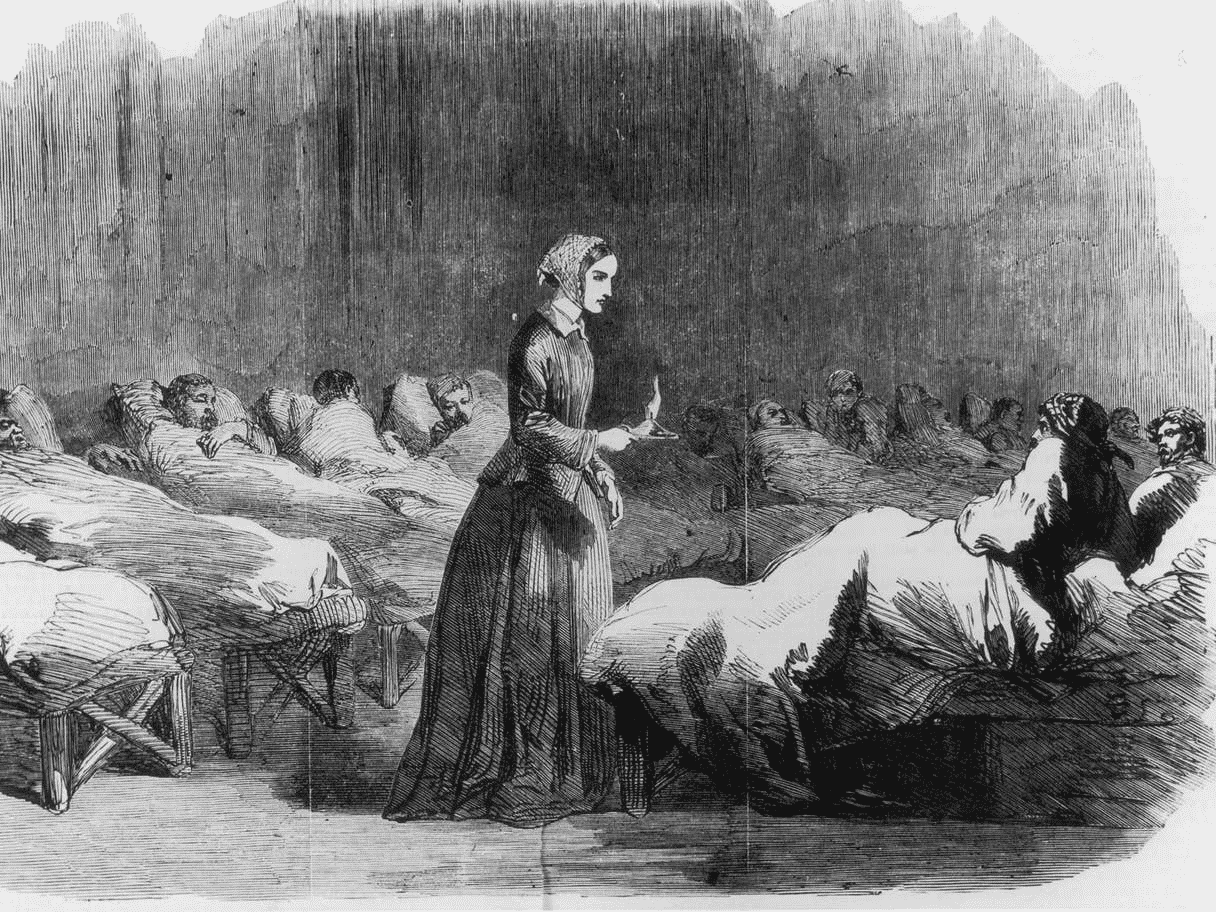 Fast forward 10 years when she travelled with her troop of nurses from London to Marseille and then sailed to Constantinople. At Scutari, she was horrified by the unhygienic hospital where vermin bred and caused disease and of the shortage of basic equipment required to help mend the wounded; so much so that the suffering was more from the un-sanitised conditions then battle wounds. The army doctors – male, were not initially as welcoming and enthusiastic as one would have thought and saw this band of efficient female nurses as a slight on their medical methods and professionalism, but as they became awash with fresh casualties from the Battle of Inkerman they gradually accepted the nurses aid which also included laundering, cooking and spending time with the wounded, building up their moral, writing home and befriending them. As Florence walked amongst the beds each night, she held a light in her hand.

Her experiences over these years led her to write an 830 paged report based on the improvements that were vital for military hospitals and the Queen awarded her the Nightingale Jewel, an engraved broach and $250,000. So in 1860 she put this vast sum of money to excellent use and established the world’s first professional nursing school at St Thomas’ Hospital, London on the south bank, opposite the Palace of Westminster and within this building, you can now visit the Florence Nightingale Museum. https://www.florence-nightingale.co.uk/

Florence remains a pioneer, skilled writer and social reformist. New nurses today still embrace the Nightingale Pledge and the Florence Nightingale Medal, the highest international distinction a nurse can be awarded. She championed wellbeing in its infancy, promoting good healthcare for all, hospital hygiene and sanitation and her efforts in India helped reduce starvation by improving hunger relief.

Where would we be without this brilliant woman who in difficult times fought family and culture, war and disgusting conditions to champion the cause and show us the way.

The Lady with the Lamp shines on through the NHS today with NHS Nightingale, the 4,000 bed temporary hospital in Excel, Docklands, London being set up to cater for 4,000 patients suffering from Coronavirus; ready to receive its first 500 patients over the forthcoming week. 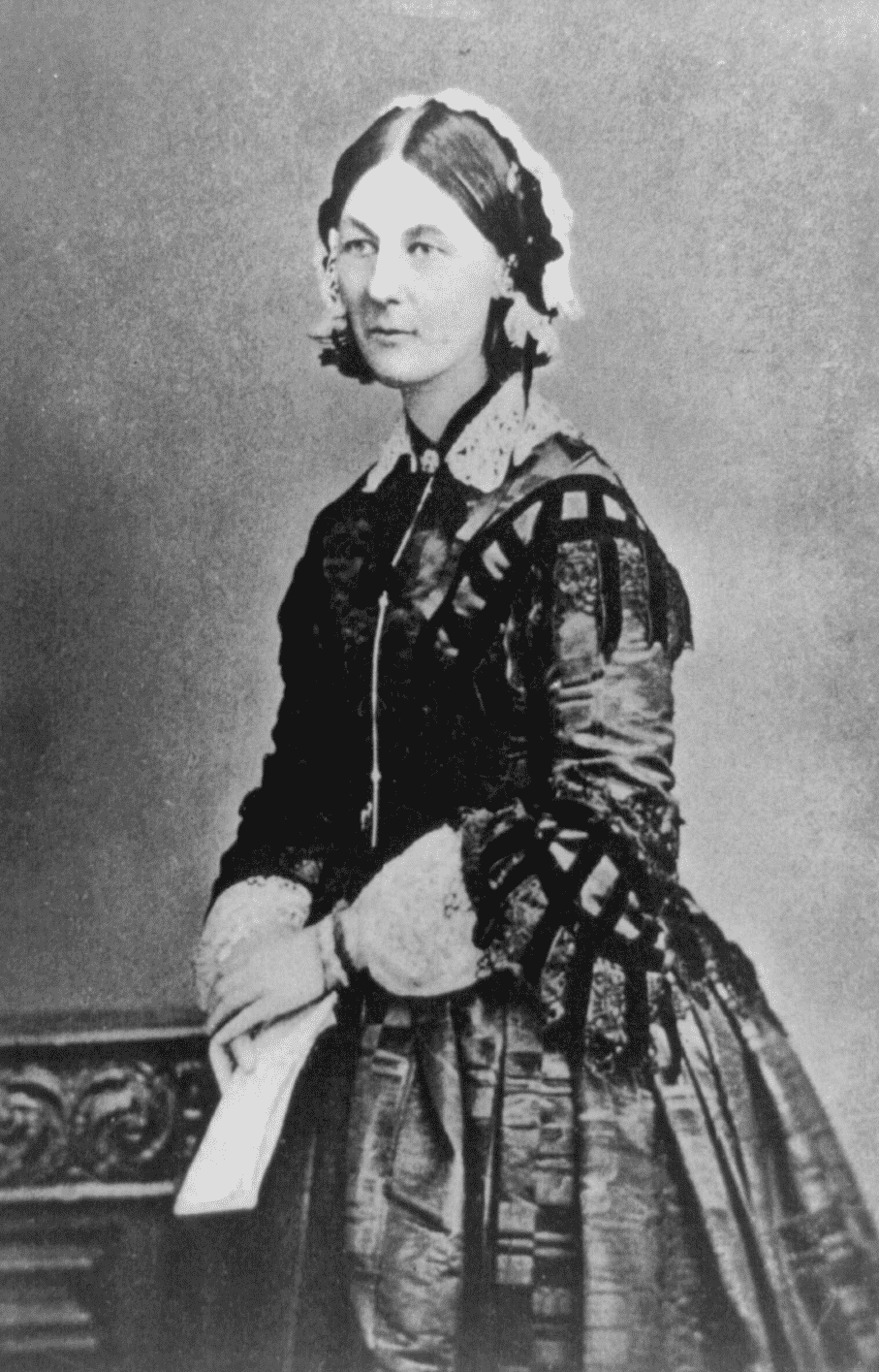